The fourth-ranked Auburn Tigers traveled up to Tuscaloosa tonight to take on the 24th ranked Alabama Crimson Tide. The Tigers came into this game on an eleven-game winning streak, after knocking off the Florida Gators at home last Saturday night. Alabama came into this game cold after taking a loss to the Missouri Tigers in Colombia.

The Tide’s scoring leader at the half was Noah Gurley with seven points. He also had one assist and one block. Jahvon Quinerly had five points, three rebounds, one assist, and one block.

In the second half, Auburn was led by Wendell Green JR and Jabari Smith. Green JR had 13 points, one rebound, two assists, and one steal. Jabari Smith added on 12 more points, five rebounds, one assist, one block, and two steals.

During the post-game press conference, Bruce Pearl was asked about what he thought secured the win for Auburn late in the game. Pearl answered, “We won the game with our defense, by getting stops”. Pearl was also asked about his thoughts on Dylan Cardwell’s intensity in tonight’s game. He answered, “His physicality was huge”.

Auburn is back in action this Saturday, taking on the Ole Miss Rebels at the Pavillion in Oxford, MS at 7:30 pm CST.

No. 1 Auburn survives in a close one against Missouri, wins 16th straight

By Daniel Locke | 16 minutes ago

K.D. Johnson ended up being Auburn’s leading scorer tonight with 17 points. Walker Kessler led the team in rebounds with 12, followed closely by Jabari Smith with 10. 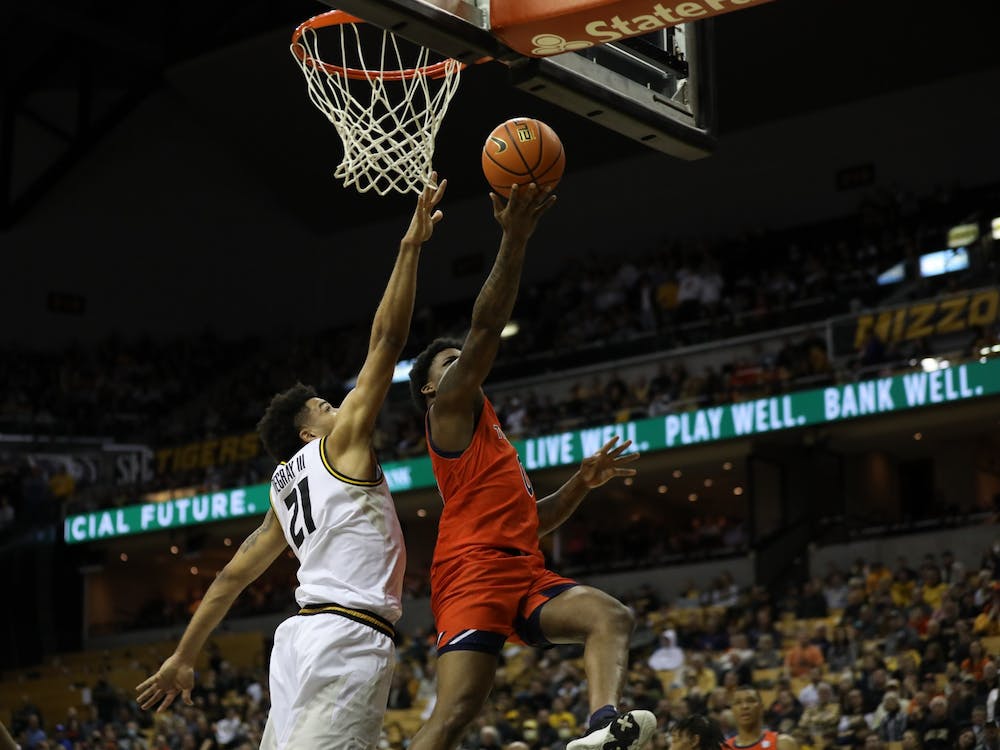 This was due to a combination of Alabama’s Khyla Wade-Warren with 24 points, eight rebounds and three assists, and a lack of production in the second half, because of a “lot of kids playing a lot of minutes” according to Auburn Head coach Johnie Harris.

The night before the game, people had begun living in tents in order to secure a seat for this blockbuster matchup, creating the nickname “Jungle City”. The inhabitants of Jungle City were treated to an Auburn win thanks to a first-pick caliber performance by Jabari Smith, and dominance from Walker Kessler with 17 points.