"It's definitely tough, we had expectations winning this game, but they (Texas A&M) played a good game," Auburn guard Samir Doughty said.

The game started off promising for Auburn, as the team came out on fire with a 12-1 run, leaving Texas A&M feeling flustered early. There was no panic from the Aggies, as they responded with a couple of threes to trim the lead down to two with 10 minutes left in the half.

To make matters worse, Auburn found themselves in one of their patented shooting slumps, and they went scoreless for several minutes down the stretch in the half. Offensively, the Tigers were stagnant and they weren't able to penetrate the Aggie defense at all.

A&M continued to take advantage of the Tigers poor play, forcing 13 turnovers defensively in the half and shooting efficiently to give themselves a seven point lead heading into halftime.

The second half started similarly to the previous half, with Auburn coming out with a big run to tie the game up. Doughty scored five points during the quick 7-0 run by the Tigers.

Defense proved to be a problem for Auburn throughout the night, as Texas A&M was able to exploit the paint for some easy dunks by Josh Nebo.

The Aggies were in control of the game for much of the second half, but Isaac Okoro started using his physical frame to aggressively attack the basket and pull Auburn to within striking range.

Aggies guard Wendell Mitchell put the dagger into the Tigers hearts by knocking down a three with 1:15 left in the game to push the lead to eight, which sent many disgruntled Auburn fans toward the exits.

However, a timely three by J'Von McCormick cut the lead down to a single basket and gave the Tigers a chance to win.

Savion Flagg made one of two free throws for the Aggies, and Auburn now had a chance to send the game into overtime.

Auburn's final possession involved Danjel Purifoy dribbling down the court, but his attempt from outside the arc misfired, and the Aggies held on for the victory.

The Tigers were led by Doughty, who scored 25 points, and Nebo was the top scorer for the Aggies with 19 points.

Auburn (24-6, 11-6 in SEC) has to regroup quickly for their SEC regular season finale, as they travel to Knoxville to face Tennessee Saturday at 11 a.m. The game can be seen on ESPN2.

For months the station has waited, but it all comes to an end this Saturday. WEGL Radio is up for 10 different awards, nine from the 2020 IBS Awards in New York and one from the ABBY Awards in Birmingham, Alabama.

Samir Doughty, J'Von McCormick, Danjel Purifoy, Anfernee McLemore and Austin Wiley. These are the names of the most legendary senior class in Auburn history. Names every Auburn fan will never forget.

In a game that came down to the wire, the Auburn women's basketball team came out on the losing end 56-55 vs. Tennessee in the regular season finale Sunday afternoon in Auburn Arena. 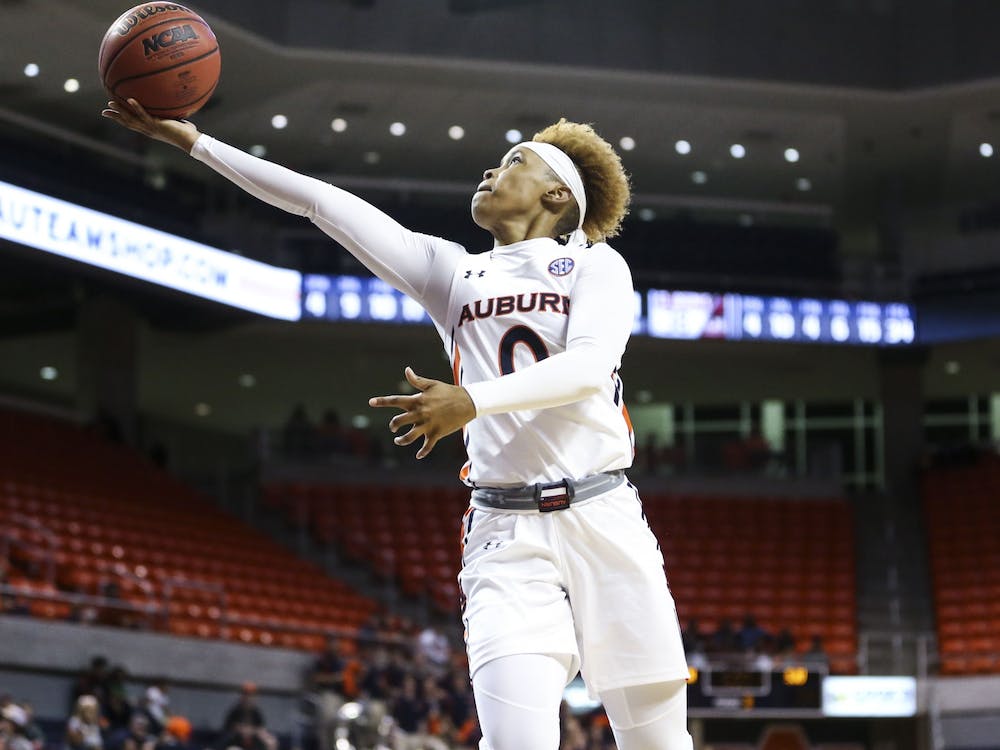