Auburn dominated Iowa State for the first 37 minutes of Saturday's matchup in the SEC/Big 12 challenge.  However, Iowa State made the home fans nervous with their last 3 minute push, but ultimately fell short against the Tigers 80-76.  Danjel Purifoy's transition layup gave Auburn a 78-64 lead with 2:41 to play.  Auburn would not score again until Isaac Okoro made two free throws with seven seconds left to give Auburn a 80-74 lead and allow the home crowd to breathe a sigh of relief.  In between those Tiger baskets, Iowa State rolled off 10 straight points but could never quite get over the hump.

Okoro led four Tigers in double figures with 19 points, including 14 in the second half.  The game began with Auburn lighting up the scoreboard with three-point shots.  It was the freshman Okoro who started the three-point party with Auburn's first made basket off an assist by Samir Doughty at the 17:44 mark of the first half.  That basket portrayed things to come as Auburn finished with double digit assists for the second straight game ending up with 13 for the day.  By halftime, Auburn had already made 9 three-pointers, including 3 off the bench by Anfernee McLemore.

In the second half, it was much less about three point shots and more about Doughty and Okoro getting to the rim.  The two combined to score 24 of Auburn's 38 second half points.  Samir Doughty had his best game since the calendar turned to 2020, dropping in 18 points to go along with 6 rebounds and a team high 5 assists.  Okoro and Doughty were also very effective in limiting Tyrese Haliburton, Iowa State's leading scorer entering the game, to 12 points.  It was Rasir Bolton who provided the scoring punch for the Cyclones with a game high 23 points, which included a 9-10 showing at the free throw line.

J'Von McCormick and Danjel Purifoy both finished with 11 points for the Tigers.  Auburn entered today as the SEC's fourth best team in rebounding margin but allowed the Cyclones to outrebound them 45-39.  This included Iowa State grabbing 17 offensive rebounds compared to Auburn's 11, which allowed the Cyclones to outscore Auburn 17-16 on second chance points.  Auburn gave the ball away 14 times, while only forcing 10 Cyclone turnovers.  Auburn outshot Iowa State 45% to 36.2%.  However, Iowa State did make 19-23 free throws compared to Auburn's 16-24 free throw shooting.  After Devan Cambridge led a great effort for the Auburn bench against South Carolina, the bench was much quieter in today's affair getting outscored 29-14.  Anfernee McLemore was Auburn's top bench player with 9 points, 4 rebounds, and 3 blocks.  Austin Wiley led the team with 9 rebounds and also added 7 points.

Auburn is next in action Tuesday night at 8 p.m. when they travel to Oxford to take on Ole Miss.  Their next home bout is next Saturday at 5 p.m. against number 15 Kentucky.  It was announced during today's game that College Gameday would be broadcast out of Auburn for the first time ever.

No. 14 Auburn battled Kentucky to a 1-1 draw after going to double-overtime at the Auburn Soccer Complex on Saturday night. 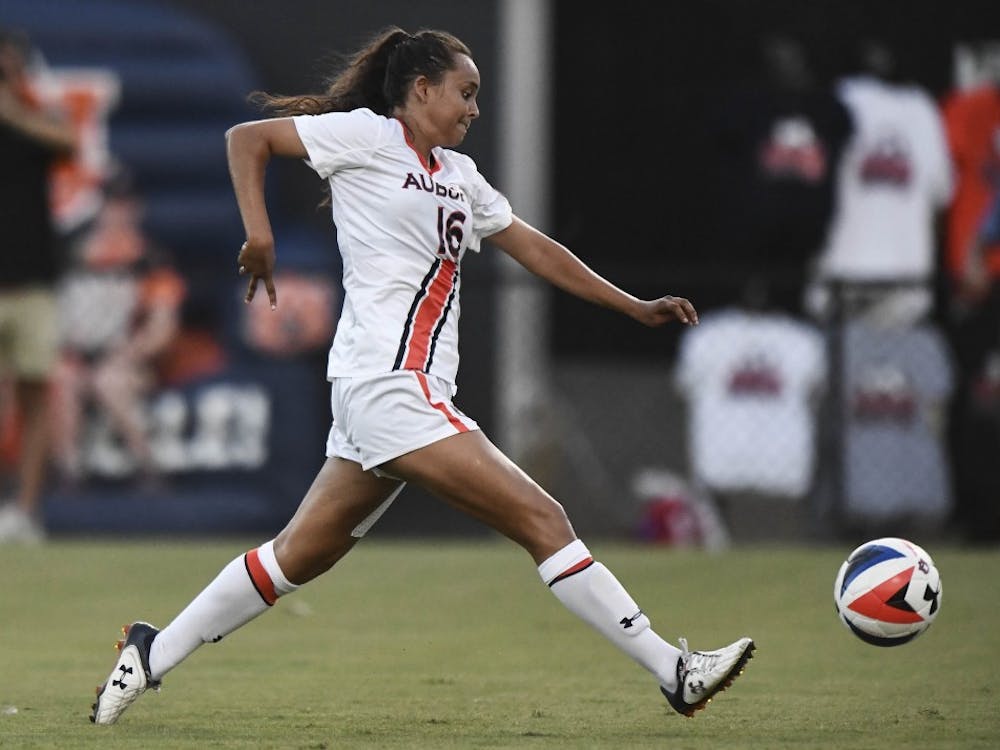 Auburn traveled to Ole Miss Saturday and beat the Rebels 35-28 after some late game drama. 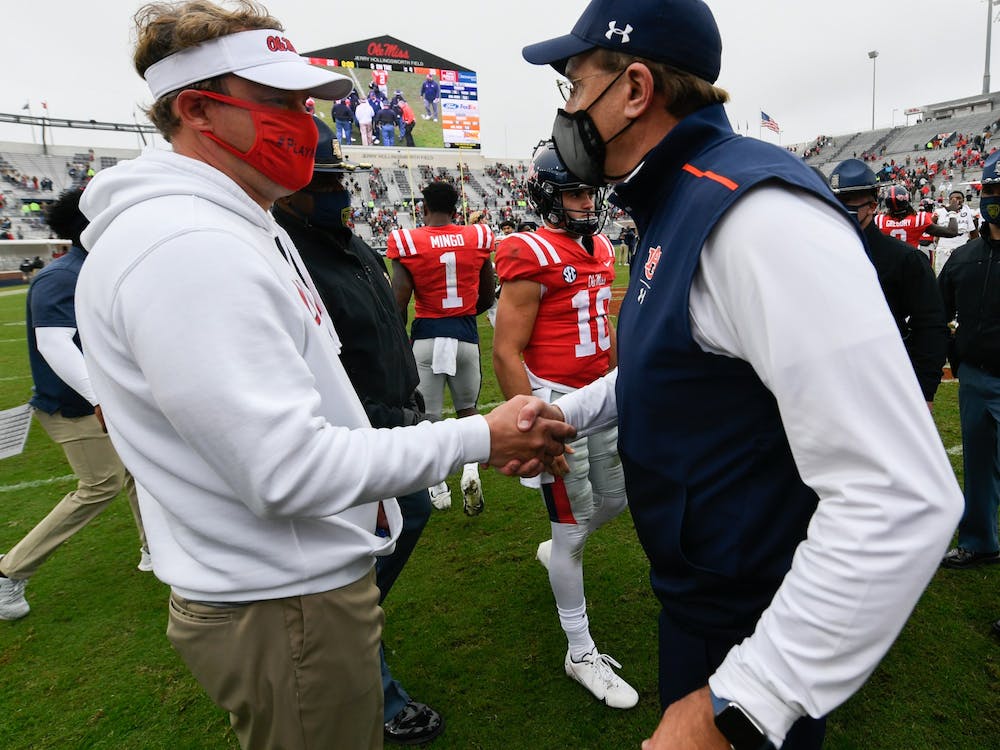 The rushing attack that many Auburn fans have come to miss returned in full force in Saturday’s matchup with Ole Miss, earning Auburn its fifth-straight win over the Rebels. Bo Nix also bounced back with his most efficient game of the year as the offense lead the Tigers to victory. 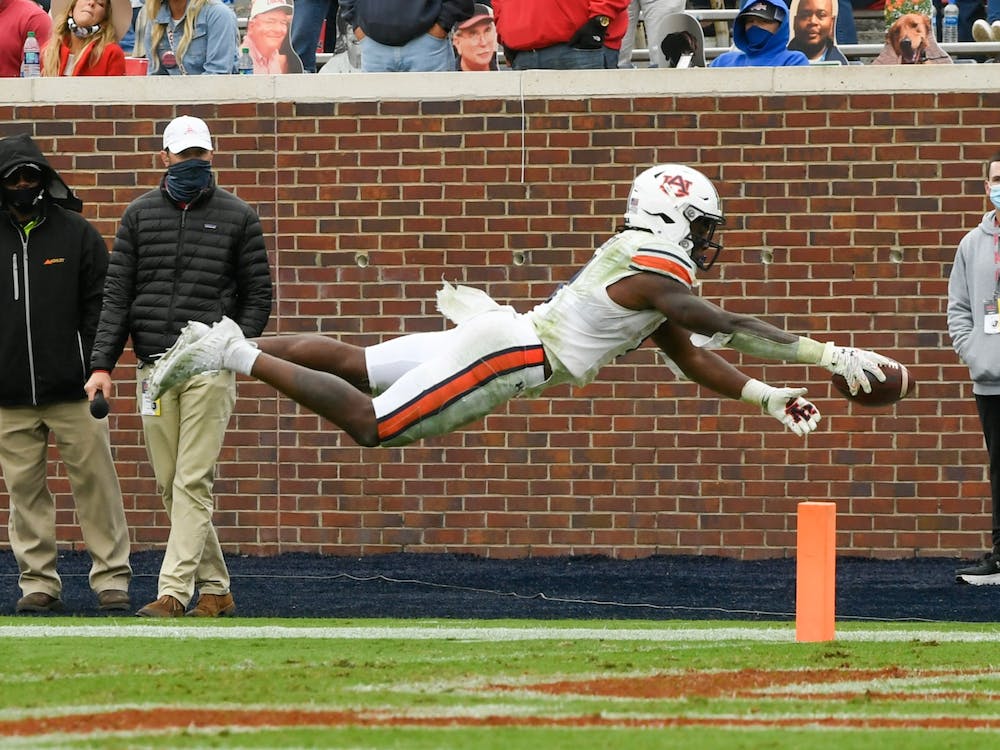