The wait is finally over. Quintessential indie-rock outfit Modest Mouse released their seventh studio album, The Golden Casket, on June 25, 2021. The highly anticipated project consists of 12 songs and is just a hair over 50 minutes in length, a bit shorter than most of the bands previous releases. Front-man Isaac Brock and drummer Jeremiah Green, the two remaining members of the original trio, are back full force with their ensemble of other instrumentalists, some new and some old, in addition to a world of new sounds and song concepts. This is, by far, Modest Mouse’s most unique and colorful sounding album to date. The use of synthesizers and a wide range of other electronic instruments gives a majority of the songs on this album a much fuller, more vibrant sound than anything the band has released as of yet. While many critics and casual listeners are struggling to see how The Golden Casket can hold up to the likes of the bands earlier, more well known releases such as the beautifully haunting concept album, The Lonesome Crowded West, or the record that came 7 years later, Good News For People Who Love Bad News, including essential Modest Mouse songs that really put the band on the map in the mid 2000’s and even landed them a Grammy nomination for Best Alternative Album in 2004. With all of that said, let’s break the album down and discover why it could be their most bold and interesting release so far, and what it could mean for fans in the future.

The album begins with an unsettling intro track titled “F*ck Your Acid Trip” discussing, well, a bad acid trip, and the feelings that come attached such as fear and discomfort. The bands choice to have this as the first song could show a sense of self-awareness about the project as a whole, and the new soundscape contained within the record possibly bringing about a sense of discomfort for new listeners or longtime fans. The next song, “We are Between,” was the first of three songs released prior to the full release of the album, and it gained a good bit of traction in the rock community. This symphonic piece of Green’s exceptional drumming backing Isaac’s powerful riffs help bring a real sense of life to the album early on. Following this, “We’re Lucky,” is a much more somber tune that helps reign everything back in but picks up with beautiful trumpets in the chorus. Next, “Walking and Running” consists of Isaac’s trademark fast paced singing, almost rapping, over quick snares and a very crisp, groovy bass riff from Russell Higbee. The next song, “Wooden Soldiers,” is the song that I believe will have the longest shelf life for most longtime fans. It’s eerie combination of choral vocals and minor chords over what sounds like tumbling sticks makes for a very tense beginning to the song which mirrors the bands previous work the best out of any track the album. The song finishes with the beautiful recitation of the chorus consisting of variations of the lines “just being here now is enough for me,” showing a softer side in Isaac and really rounding out the mood of the song.

Track six, “Transmitting and Receiving,” may be the most hectic song on the record with layered vocals and instrumentals reminiscent of a side project Isaac and others did in 2002 under the name Ugly Casanova. The next song, “The Sun Hasn’t Left,” consists of a xylophone intro that sounds like something one would hear in the theme song to a Disney Channel cartoon. This song was the last of three songs released early, and one that I truly believed was the first Modest Mouse song I genuinely disliked after first listen. But hearing these colorful instrumentals and imaginative lyrics within the layout of the full album showed this track in a much more positive light for me. The eighth tune, “Lace Your Shoes,” may be one of the most heartwarming songs Isaac has written to date. With the birth of his daughter occurring a few years prior, Isaac writes about his excitement to see his child grow and how beautiful she is in his eyes. Track nine, “Never F*ck A Spider On The Fly” consist of a very interesting analogy and some hectic synth instrumentals behind Isaac’s distorted vocals. Next, “Leave A Light On,” the second of the three early releases as previously discussed, fits the theme of the album perfectly. Isaac uses colorful imagery over echoing guitars and drums in this very radio-friendly track. Song eleven, “Japanese Trees” is undoubtedly one of the stronger tunes on the album. Another fast-paced song full of lush, distorted guitars in the verses followed by a very skeletal yet beautiful chorus filled with reversed drumbeats and lyrics about going on a trip with a friend yields a fun, head-bopping tune. And last, but certainly not least, track twelve, “Back To The Middle,” is easily the most fitting of the twelve songs to be the outro. Its symphonic, powerful, repetitive guitar riffs behind Isaac’s beautiful singing about desires of going back to a place of comfort, after a variety of strenuous experiences helps encapsulate the journey that is listening to this album, and life in general.

Regardless of how you feel about Modest Mouse’s discography up to this point, this album is undeniably a standout work in their catalogue. With many fans and critics believing this album would be the bands last, given the name and the six-year wait, a change in sound and hints from band members about possible future projects leaves most of us wondering: what will we get next?

By Logan Hurston | 9 hours ago

WEGL highlights artists we've covered in the past and cannot wait to cover again at Hangout Music Festival 2022. 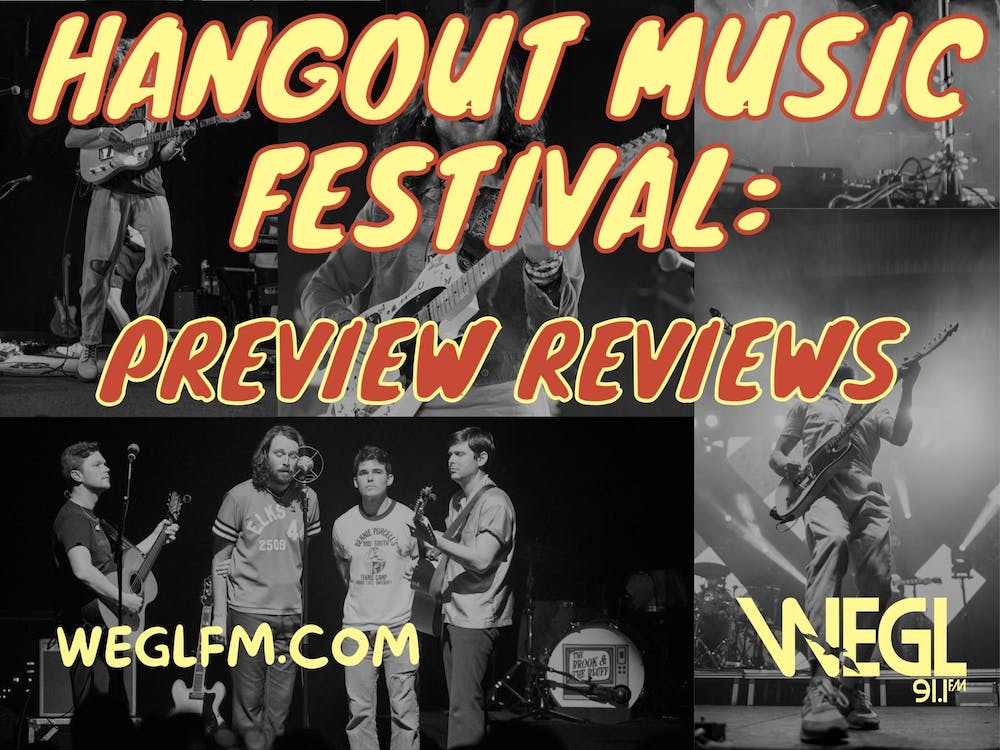