The Australian quartet, Stand Atlantic, crashed onto the scene in the third wave of pop-punk back in 2017 with their punchy single, “Coffee at Midnight”. After touring with contemporaries such as Waterparks and State Champs, Stand Atlantic entered the studio to record their first full length album. The result is a rapid-fire barrage of quippy vocal hooks and feverish guitar riffs. It’s enough to perk up the ears of even the most jaded pop-punk listeners. Lead singer, Bonnie Fraser, has vocal range and bravado reminiscent of Paramore’s Haley Williams.

The album opens with “Lavender Bones”, a juggernaut of a song. The staccato flow of the verses contrasts perfectly with the open-throttle choruses, and the scorching guitar riff connects the two. Lyrically, the song is about coming to terms with yourself (a common theme for the whole album). Fraser sings, “I know I’m out of my depth, but I just float in it / I try to do my best, stop picking fights with it”. It’s an anthem for the in-betweeners.

One of my favorite features of the album is the clever blend of electronic and live drums. One historic inhibitor on the pop-punk genre has been musical simplicity, but Stand Atlantic has found a way to break the mold and find a new sonic avenue to explore within the genre. “Bullfrog” and “Skinny Dipping” both feature electric percussion and interesting vocal production that helps diversify the song structure.

Another stand out of the album is “Lost My Cool”. A spiteful, but raucously fun break-up song, Fraser tears into a hypocritical ex, but acknowledges that she may have gone too far singing, “I’m not a saint / I became everything I hate”. For the best listening experience, I suggest blasting it in your car while driving at least 60 miles an hour.

Overall, Skinny Dipping has the hooks to get your attention, and the depth to keep you coming back. The album crashes into you like a perfect body surfing wave. When it has subsided, you’re left on the shore, grinning and ready to ride it all over again. 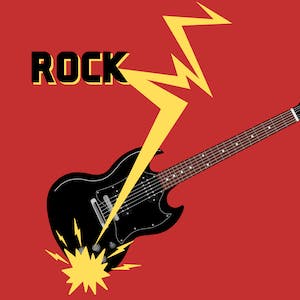 Album Review: See You There by Matt Watson