Auburn Seeks to Extend Their Unbeaten Streak to Five

Auburn has been undefeated in their last four matches and seek to extend their streak while visiting Ole Miss on Sunday. Auburn is locked in to a 5 way tie for 1st place in the SEC after winning their first two conference matches against Kentucky and Tennessee.

The Tigers won an excellent match against Tennessee earlier this week thanks to Kori Locksley. Locksley's first career goal for Auburn came late in the first half, which would prove vital as it was the game winner in Auburn's 1-0 Win over Tennessee.

The momentum the Tigers have gained in their last 5 matches will follow them to Oxford as they take on Ole Miss who has tied both of their in conference matchups to start the season. Ole Miss' players to watch this match include Channing Foster and Julia Phillips, the two highest goal scorers for the Rebels look to bouce back after two consecutive draws.

The Auburn Tigers player to watch for this matchup is Riley Petcosky, the freshman defender out of Austin, Texas has played 9 of the 10 matches this season and has grabbed 2 assists. Riley looks to add more points to her total this season and be a crucial component to moving the ball forward into Auburn's attacking third.

The Auburn Soccer Team comes home to face the Texas A&M Aggies after a tough away match at Mississippi State. Kori Locksley looks to continue her goal scoring form at home. Texas A&M  aim to stay undefeated in the SEC West. 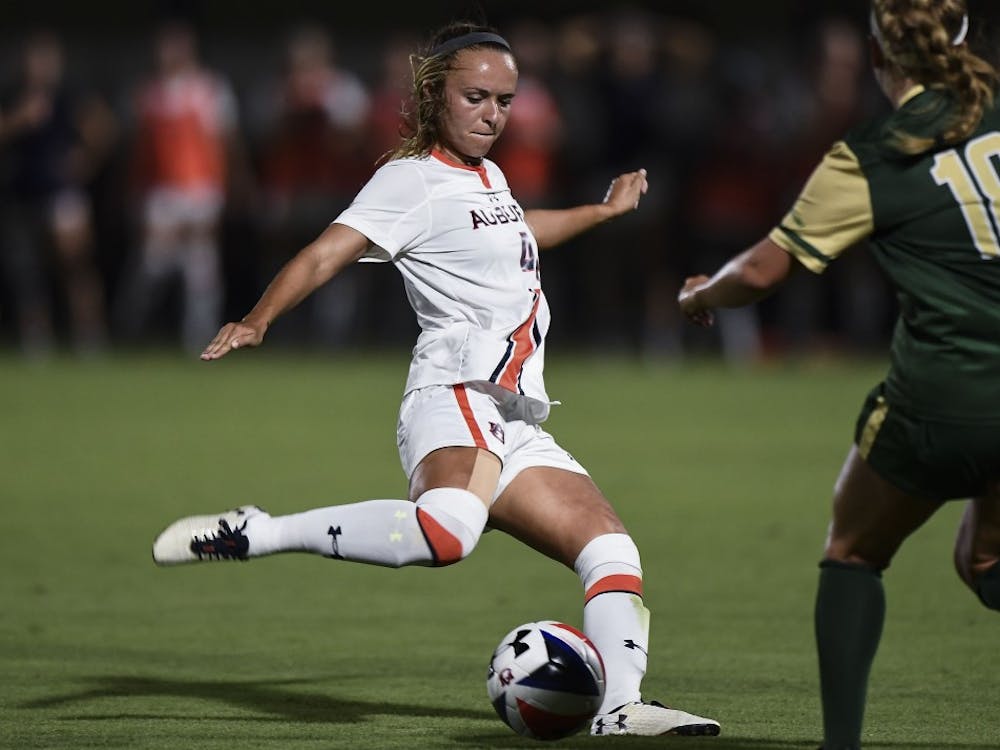